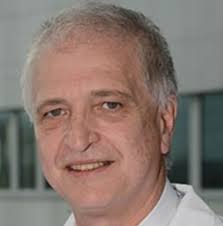 Professor Jacques DEVIERE was born on April 2, 1958 in Charleroi

After graduating at ULB with a doctorate in medicine in 1983, he specializes focusing in gastroenterology under the direction of Professor Michel CREMER, he obtained his diploma in 1988. Then, he obtained the ULB’s graduate degree in 1991 by defending a thesis entitled “Interleukin 6 and the Tumor Necrosis Factor in Alcoholic Hepatopathy”.

In 1998, he becomes head of the department of gastroenterology, hepato-pancreatology and digestive oncology at the University Clinics of Brussels (Erasmus) and lecturer at the ULB. In 2011 he becomes full clinical professor at ULB.

His research topics include the pathophysiology of liver and pancreatic diseases and translational research in the field of digestive endoscopy. In 2013, he authored 421 publications (H Index 67).