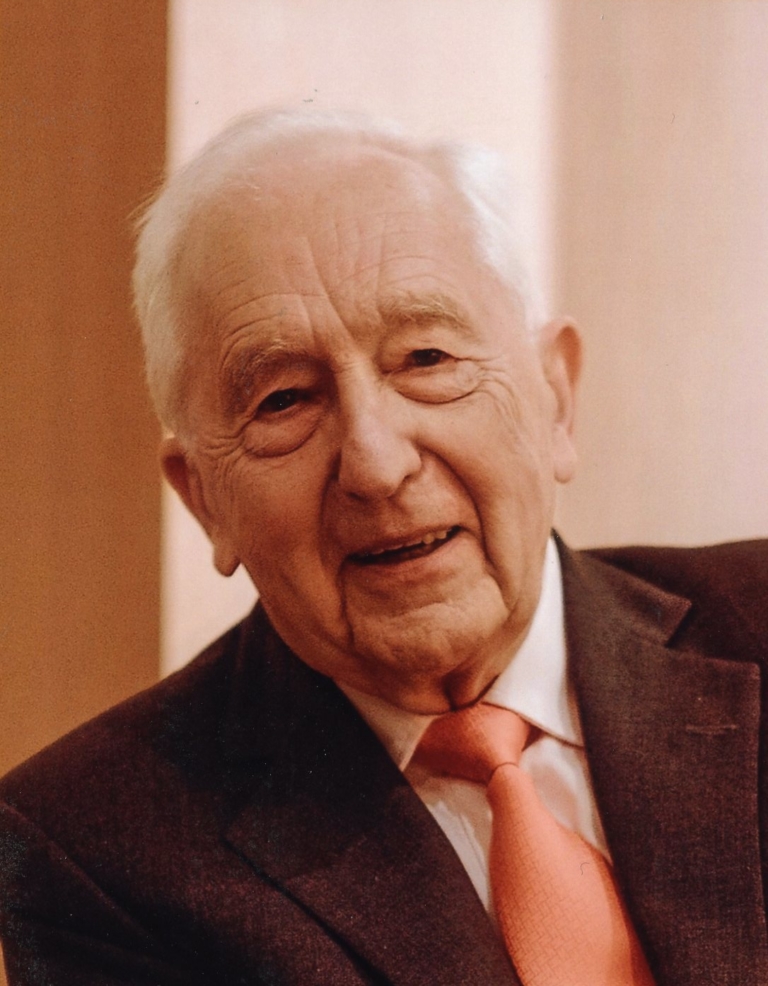 Bernard Van Ommeslaghe, was born on April 30, 1934, is Civil Electromechanical Engineer, graduate degree in Economics and Financial Sciences at ULB and Commercial Engineer Solvay. He also holds a Master of Science degree from M.I.T.

He led an academic career and a private business activity.

At Solvay Business school he taught micro-economics from 1964 to 1999 in Economics, Marketing and Business Organization from 1975 to 1999 and became chairman of the school from 1981 to 1986.

He was a member of the Banking and Financial Commission from 1982 to 2000.

Simultaneously, after a career of twenty years as General Director of the Sobemap Office of Studies, he took over in 1984 and developed the Marcel Van Dijk Office, in the field of financial information until the company employed 400 people when he sold it in 2007.

He is also a passionate mountaineer, a passion shared together with Michel Cremer becoming one of the best friends: more than 500 mountain running’s including 44 times Mont Blanc on 18 diverse routes (among them some of the major challenge in the Alps) and 12 times the Matterhorn by three of its main routes.