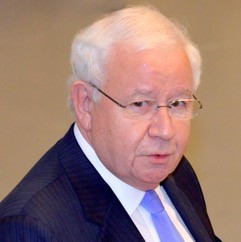 Baron Robert Tollet, was born in 1946, has a bachelor’s degree in economics and econometrics (ULB).

At first as scientific expert at the Federal Planning Office, he used to be Chairman of the Central Council of the Economy, a body that brings together Belgian employers and trade-unions, since 1988. He is also the head of the Federal Investment and Investment Corporation (SFPI).

An art lover, this led him to chair the patronage committee of the Walloon Heritage Institute.

In 1999, King Albert II of Belgium ennobled him to the rank of Baron.